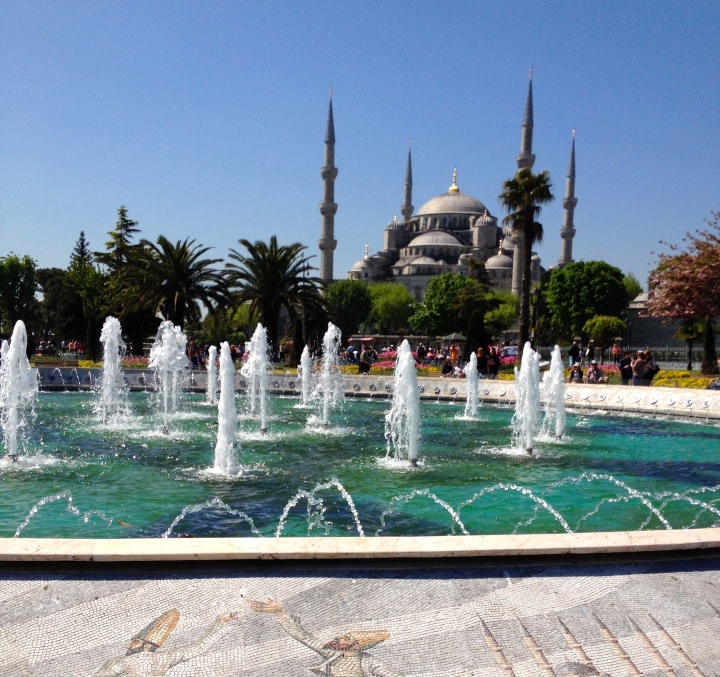 Ahh, the pleasures of travelling! Although it can be defined in many ways, have you ever really wondered what defines someone’s journey across the seven seas? Is it the place, or the people you meet along the way?

Many of you may not know this, but I hold a degree in “Travel and Tourism”, and like most students, I’ve always had the desire to explore new places, to experience new cultures, and to engage with locals. If you’re planning to take a trip anytime soon, or have taken one in the past, then keep on reading to find out about my voyage to none other than TURKEY!

If you have not yet travelled to Istanbul then it should definitely be on your bucket list! Istanbul is a cosmopolitan city, in other words, a place that greatly inspires people from all over to come and experience their traditional, but still modernized culture.

Wondering why it’s called “The Blue Mosque”? It’s all thanks to the blue tiles that cover the entire interior of the mosque. You’ll be holding your breath without even realizing when you first step in. The calligraphy and paintings are simply stunning. Whilst sitting there, I couldn’t take my eyes off the intricate ceiling patterns, and their composition all around the mosque. They say the blue mosque is known to dominate Istanbul’s skyline with its six minarets and domes. I have to say, the rumors are true!

By the way, contrary to what I expected, looking for this attraction was not easy! I felt really helpless, but the people of Istanbul were kind enough to help me along the way. When I had asked for directions there was a crowd of locals eager to help which was so heartwarming. An old man stood out; he stomped his feet, and lifted his cane, pointing in a certain direction. I was amazed! They used something as simple as hand gestures to communicate. I will never forget that. I guess the people you encounter do end up creating lifelong memories! For me, the way individuals treat each other within Istanbul sets a strong blueprint for people worldwide to follow.  HOW INSPIRING!

This museum allows its tourists to see a unique mix of ancient art and religion. I was in awe by the inside of the building from the antique tiles all the way to the exquisite domes. I’ll be honest with you, I didn’t want to leave! 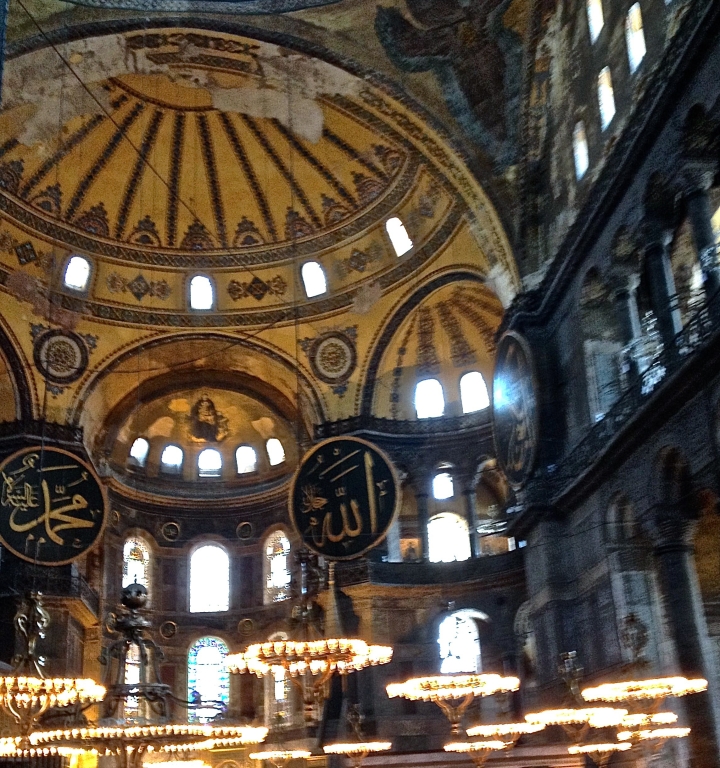 Funny story, once I had finished exploring, I decided to buy a Nutella bagel, as one does. The chocolate soon covered my fingers. Without my knowing, I had gone to the currency exchange asking for the flat rate. In return he offered me a free water bottle, using his hands to gesture for me to wash my hands. I started laughing and genuinely thanked him since I’m sure the line for the restroom could’ve taken me hours. Talk about clumsiness. -.-

If you want to get a taste of what the country of Turkey truly has to offer, then you won’t be disappointed by taking a tour along the Bosphorus river way but I certainly went to see the Maiden Tower which is built in the middle of the riverway. There are so many stories about “the Maiden Tower”, but one of the ones that stand out the most is that of the King of Istanbul. He had specifically built this tower to protect his daughter from a prophecy that she would die on her 18th birthday because of a snake. Unfortunately, the prophecy was fulfilled. Is it just me or does that sound like something straight out of a Disney movie?

Nevertheless, today it has taken the form of a surreal restaurant. Further, my journey on the cruise ship was amazing, I spontaneously met two girls originally from Morocco and came to have lunch with them. The time I had spent with the girls is one that I will truly cherish. They just had so much knowledge about Turkey, and I felt so informed by the end of our shared meal.

I decided that I wanted to take a cruise ship to Bursa along with a tour group. Inspired by the two girls I had met the previous day, I made the choice to meet even more people. I knew my definition of a perfect travelling experience, but I wanted to know what exactly defines the traveling experience of others. Whilst in Bursa, I spoke with two sisters who were visiting from London. We instantly clicked! Traveling is all about being with the right people, and I had enjoyed their company so much. For those who do happen to travel often, isn’t it all about having the right companionship?! Personally, I wouldn’t want to travel with someone who’s constantly afraid of trying new things. You just end up limiting yourself that way. If I had done that I would have never gotten to experience the breathtaking view from the cruise ship when we reached the “Black Sea”; the coastal area between Eastern Europe and Western Asia. 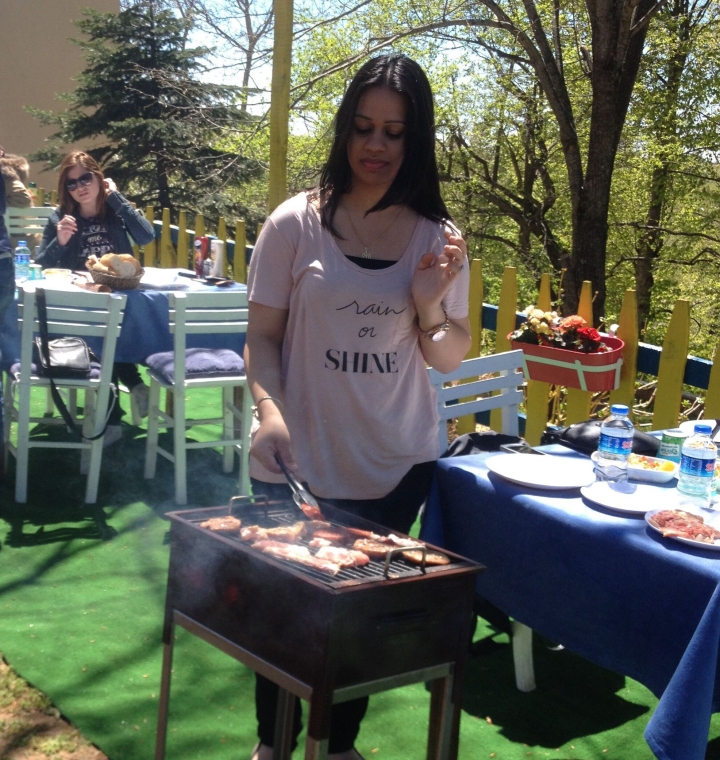 And oh my god, let me just talk about the exquisite cuisine. Usually, when I travel I try to stay conscious of what I eat, but I couldn’t resist the mouth-watering food here. Baklavas and Turkish black tea are amongst my favourites now!

Lastly, make sure to have enough time to visit the palace, it sure is JAW-DROPPING! The site itself is huge, even a day would not be enough to see everything. 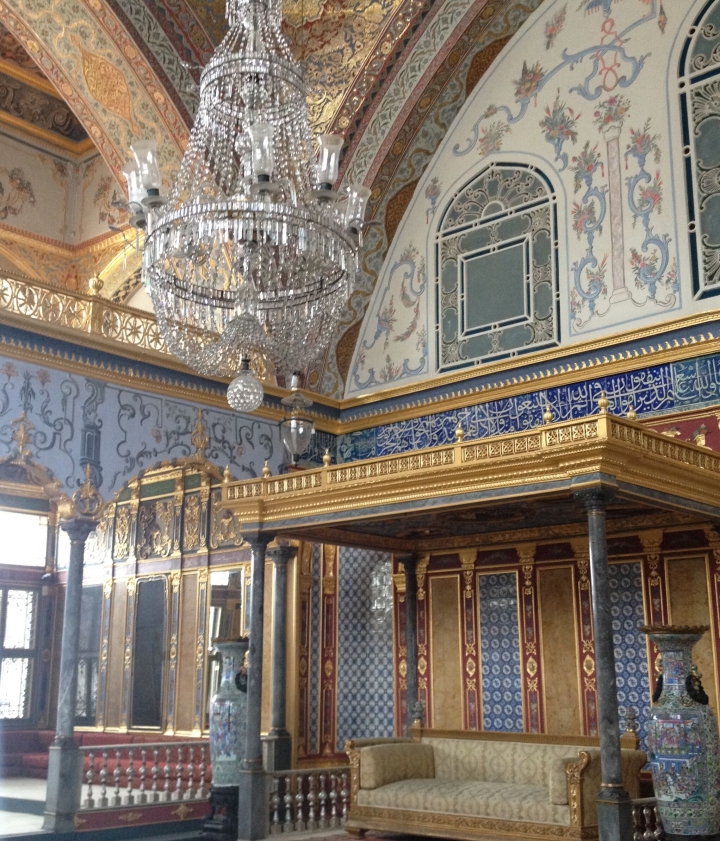 All in all, socializing with locals and tourist boosts your confidence in the way you communicate, and it makes you want to adventure more. These are the people you will reminisce about within the next few years when you talk about your trip with family and friends. Hence, that is why I believe one of the main reasons behind why we always miss the places we’ve travelled. At the end of the day, my most valuable memories were created with the people I spent my time with. The respect, love, and appreciation shown by the locals will always hold a special place in my heart. I won’t deny it, traveling solo changes you as a person. It takes you out of your comfort zone and challenges you to do great things.

I hope you seriously take Turkey into account the next time you book a ticket online. I promise you won’t regret it. 😉

5 thoughts on “A guide to Istanbul & Bursa, Turkey”

This site uses Akismet to reduce spam. Learn how your comment data is processed.